With the high resolution and frame rates of modern video cameras it has become essential that the raw video stream is processed in hardware prior to being transferred to software for final image processing. To facilitate this Alpha Data continues to develop both hardware interfaces for various camera protocols and extend the software development Kit (CL3) to handle the heavy lifting requirements such as frame capture and store, region of interest windowing and frame transfer to the host system.


In many systems there may be multiple cameras, as shown above, and the CL3 can run multiple camera video streams (limited by the number of ports on the camera interface modules). 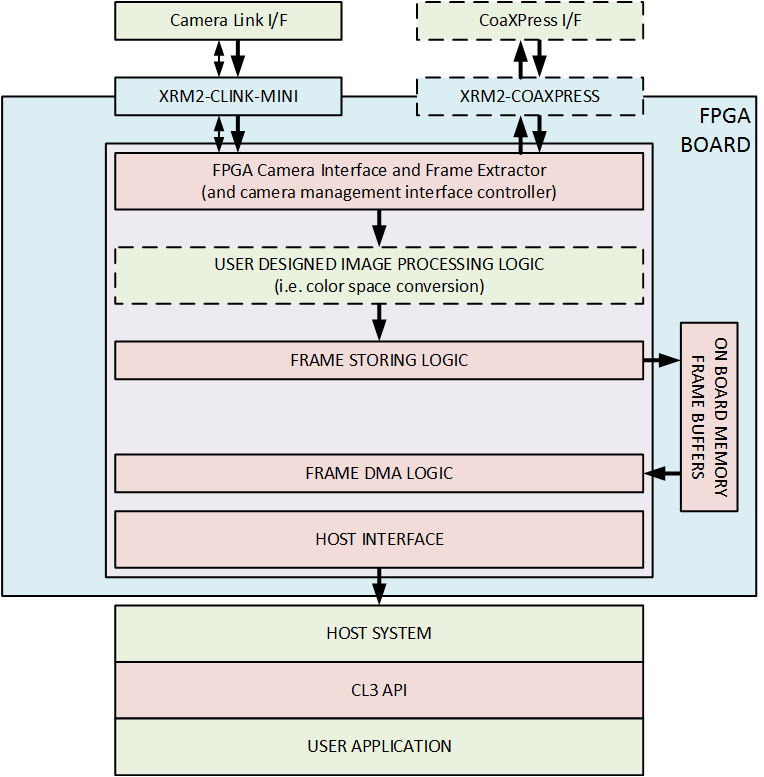 The Hardware Layer of the SDK should be used for as much computational intense processing of the input image stream(s) as possible. In the developer's application it may be the case that acquisition of images by the Host is not necessary. However, for debugging, it is recommend that the developer keeps this capability provided by the example designs (before any processing is performed) so that verification of acquisition of the raw image can be performed.

The CL3 provides user configurable camera trigger generators. Allowing the user to specify active times/repeat times and generate one off triggers for the camera to facilitate the capturing of single images.

The lowest level of interaction between the Hardware and Software Layers take place via a device driver, for example Alpha Data's ADB3 driver. The driver provides the means to monitor interrupts, access the target FPGA as a Direct Slave, and initiate DMA's between the Target FPGA's attached memory and the Host memory.

Above the driver level the CL3 SDK provides a C++ software API. This provides classes that can be used to interact with the Hardware Layer (via the driver). The CL3 API classes include the following functions:

In addition to the hardware interaction classes the CL3 API also provides several classes for converting image formats on the host, and saving image data to disk. 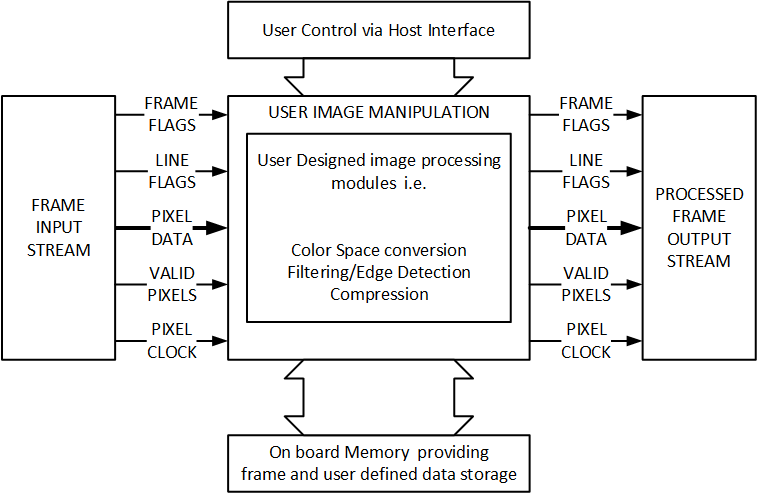 The CL3 system has been designed to facilitate the user adding their own proprietary image processing functions to the incoming image data stream. The interface provides all the image framing and data signals required. There are also interfaces for the user to read and write control registers for the module from the host system and allow the module to access the onboard memory as a frame store.