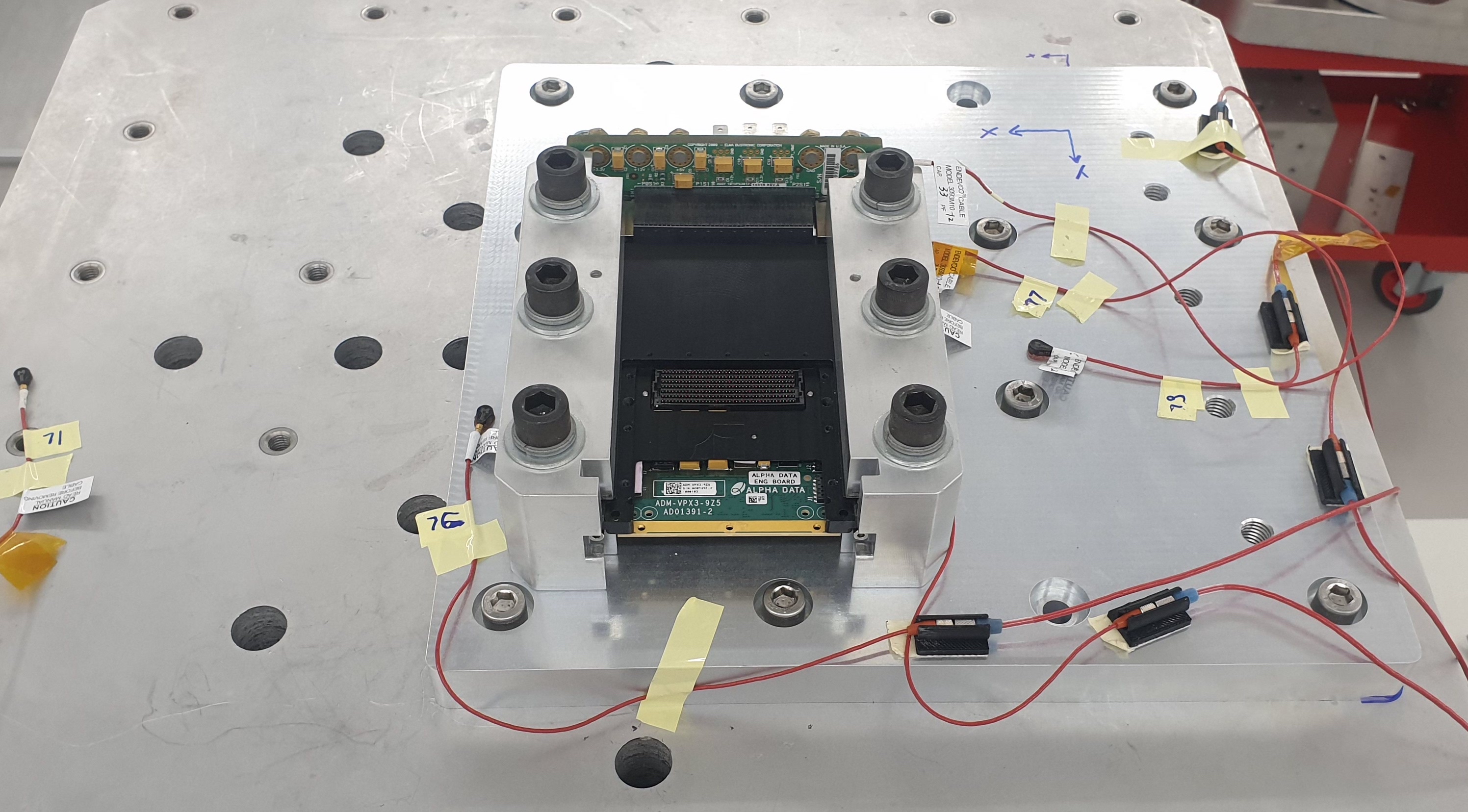 Alpha Data’s latest System on a Module (SoM), the ADM-VPX3-9Z5 board, has successfully completed its launch vibration testing at the Science and Technology Facilities Council’s (STFC) Higgs Innovation Centre.

The board was tested to the stringent NASA GSFC-STD-7000A standards, in vibration conditions typical of a Low Earth Orbit Space launch, as well as in excess of other in-atmosphere rugged deployment environments, verifying that it remains fully operational after exposure to such conditions.

The testing was performed in all 3 axes between 20-2000Hz up to a Qualification profile of 14.1 Grms, peaking at 0.16 g^2/Hz and exceeding the Acceptance level of 10.0 Grms, as well as the VITA47 specification of 0.1 g2/Hz. A Sine Resonance Sweep of each axis also confirmed that there was no change in resonance after the environmental vibration testing.

The certification of this new board comes on the heels of the resounding success of the EMIT project, a fruitful partnership with NASA JPL. With the addition of the ADM-VPX3-9Z5 to its roster of off-the-shelf, space-ready performance electronics, Alpha Data expands its expertise in a range of applications.

With collaboration at the heart of the board, the 9Z5 features a series of Texas Instruments Mil-temp Enhanced Plastic components for enhanced reliability at temperatures as low as -55 degs C and as high as 125 degs C, as well as the Xilinx Defense-Grade Zynq UltraScale+ XQZU19EG FPGA to accelerate digital signal processing.

To learn more about the technical specifications of the board, head to our Products Page.

To learn more about the certification process, read our new White Paper.